The first industrial conveyor belt was created well over a century ago, but conveyor systems are still a vital part of many industrial and commercial processes, from open-cast mining to food packaging. However, the most expensive and elaborate conveyor system is totally useless if it cannot be controlled effectively.

This is especially true if your business relies on precision conveyor systems. These conveyors are primarily used alongside pre-programmed robotic production equipment, and must therefore be capable of rapidly moving products and materials into very precise positions. These demanding applications require a conveyor system equipped with a high-precision servo motor and gearbox.

If you need a new gearbox for a precision conveyor system, planetary gearboxes and gear reducers are ideal. These gearboxes have a number of unique properties and capabilities and are perfectly suited for a wide variety of automated production applications.

Why Are Planetary Gearboxes Ideal For Precision Conveyor Systems?

A standard belt conveyor relies on friction to drive the belt backward and forward and also relies on the latent friction provided by the belt to hold products in position. When one of these systems is brought to a sudden halt, the latent inertia of the belt and the products loaded on it can cause products to slip and slide out of position by a few fractions of an inch.

These micro-slippages aren't a concern if you used your conveyor to transport mine tailings or farm produce. However, in precision conveyor applications, the most minor error in product positioning can cause malfunctions in automated conveyor equipment. Preventing slippage in precision applications usually requires a gearbox capable of instantly and completely stopping the conveyor's motion.

Planetary gearboxes contain several gears that rotate on their own axes around a central "sun" gear. This configuration allows loads to be shared by multiple teeth at once, giving planetary gearboxes incredible torsional stiffness and preventing any kind of gear slippage during a sudden conveyor stoppage.

Many conveyor systems used in highly automated applications must also be able to rapidly reverse their direction of motion. For example, robotic automotive painting systems rely on conveyors that can move a heavy vehicle unibody back and forth with a high degree of precision.

However, after a precision conveyor's servo motor engages, the conveyor's gearbox cannot produce useful power until the teeth of its individual gears have fully enmeshed. This delay can be as short as one-thousandth of a second, but this tiny time delay can cause significant issues in high-precision robotic equipment, which relies on very precise belt timing to work effectively.

Because the gears of a planetary gearbox are constantly enmeshed at at least three different points, it is possible to create specialized planetary gearboxes that suffer negligible amounts of backlash.

The ability to share loads across multiple gear teeth at once also reduces wear, and planetary gearboxes tend to be a lot more durable than spur, worm, and helical gearboxes. Reduced wear also means less downtime for maintenance, repairs, and lubrication, which can equate to substantial cost savings if your precision conveyors are in constant or near-constant use.

For more information, contact a company that supplies gearboxes, such as Bonfiglioli gearboxes. 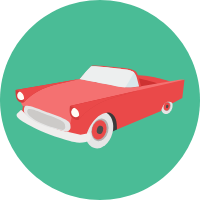 When your vehicle has a problem, you have to know how to troubleshoot the issue. Although many people are committed to going through and thinking carefully about how they will move forward, there is real value in having a great auto parts company available who you can turn to when you have questions. From understanding how to manage different aspects of the repair to learning how to handle different obstacles, choosing the right auto parts is one part perspiration and one part help from others. Check out this blog to find out more about auto part selection, so you can improve your next repair.

Things To Keep In Mind When Purchasing A Used Car Part
19 July 2021
If you are performing work on your own car, purchasing a used auto part can be a great way to save money. Also, depending on how old your car is, a us …

How Can You Maximize Your Salvage Parts Savings?
18 March 2021
Buying used auto parts from a salvage yard can provide you with the opportunity to maintain your vehicle at a drastically reduced price. Salvage parts …

Compelling Reasons To Get Boat Batteries From A Reputable Parts Store
17 February 2021
As a boat owner, you likely want to keep it always ready to sail. Along with using top-quality parts to fix its body, you also need to use reliable pa …